Futuredaze: An Anthology of YA Science Fiction

Read the praise we have received for Futuredaze! 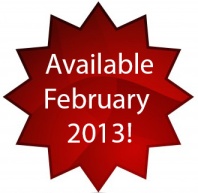 Underwords is proud to announce Futuredaze: An Anthology of YA science Fiction, edited by Hannah Strom-Martin & Erin Underwood, which will be available on February 12, 2013.

Reflecting many of the ideals first set forth by science fiction icons such as Isaac Asimov, George Orwell, and Ray Bradbury, Futuredaze challenges the imagination with young adult fiction that includes far-flung futures, dystopian alternate worlds, life among the stars, and a host of startling stories that embrace the idea of “What if?” that has driven the science fiction genre forward for more then a century. Now, it’s time to give voice to the next generation of science fiction readers and to those of us still young at heart.

POETRY (alpha order):
“The Ghost Hunter” by E. Kristin Anderson
“Learning How to be a Cat” by Jenny Blackford
“The Alien” by Cathy Bryant
“Ghost Walkers” by Sandi Cayless
“Speech Lessons” by Alicia A. Cole
“King and Queen” by John Grey
“Why” by Evelyn Lumish
“Things to Consider When Choosing a Name for the Ship You Won in a Poker Game Last Night” by Iriving
“Pennies” by Iriving
“The Blue Hour” by Brittany Warman
“The Teenage Years of Ed Nimbus” by Neil Weston
“Market Day” by Anna Della Zazzera

FICTION (alpha order):
“Over It” by Camille Alexa
“Driven Out” by Steve Alguire
“The Stars Beneath Our Feet” by Stephen D. Covey & Sandra McDonald
“String Theory” by Danika Dinsmore
“Larvae” by Gregory Frost
“Clockwork Airlock” by Nancy Holder
“Another Prison” by Rahul Kanakia
“Prospect of a World I Dream” by Alex J. Kane
“Not With You, But With You” by Miri Kim
“Your Own Way Back” by Richard Larson
“Out of the Silent Sea” by Dale Lucas
“Unwritten in Green” by Alex Dally MacFarlane
“A Voice in the Night” by Jack McDevitt
“The End of Callie V” by Jennifer Moore
“Me and My Army of Me” by Katrina Nicholson
“Spirk Station” by Chuck Rothman
“The Cleansing” by Mark Smith-Briggs
“Powerless” by Leah Thomas
“Hollywood Forever” by Llinos Cathryn Thomas
“The Myriad Dangers” by Lavie Tidhar
“The Fall of Stile City” by William John Watkins

7 Responses to Futuredaze: An Anthology of YA Science Fiction